Many of you asked me what I did with the food I made. If it is a meat dish, it usually ended up at Mr Wonderful. If it is vegetarian, I would share it with my vegetarian friends. Mr Wonderful once told me he had never eaten so much fruit and vegetable in his life. However I could not get him to eat a vegan pie. He loves pie. In his opinion a pie without butter, dairy and all, is not worth eating.  His Grandma, mother and sisters were all bakers. They used to run a family diner in Northern MN and they made pies from scratch everyday. He once told me he "knew" pies.

I did a terrible thing this week. I mislead poor Mr Wonderful to eat a piece of my Vegan Banana Cream Pie. I didn't tell him it was vegan, with no butter, no dairy, no eggs. I asked how the pie was, he said: " Taste just like Grandma's". Well - that's a BIG win!! He didn't know what he ate and he asked for second!!! Shhhhh... let's not tell him  :)

I didn't make the pie to challenge the poor man, I was actually asked by my friend Moni for a Vegan banana cream pie on National Banana Cream Pie day. I wanted to come up with something that she could enjoy with her husband, Steve. I was told that Steve loved Banana Cream Pie. I want to make sure I can preserve the taste and richness of the pie without the  dairy and eggs. 3 of the key item I used: Coconut milk beverage, English Bird's custard powder and Rich Whip.
The coconut milk here is not a traditional coconut I usually use for cooking, it is an non-dairy alternative. I love the product. It has a hint of coconut. the same consistency of milk. It cooks very well.
No many realize there is no egg in the custard powder, it is actually corn starch with some coloring.
As with Rich Whip, it was the 1st non-dairy topping in the food industry!! Rich Whip is the only topping without any milk product. Many of the whipped topping do contain milk solids. 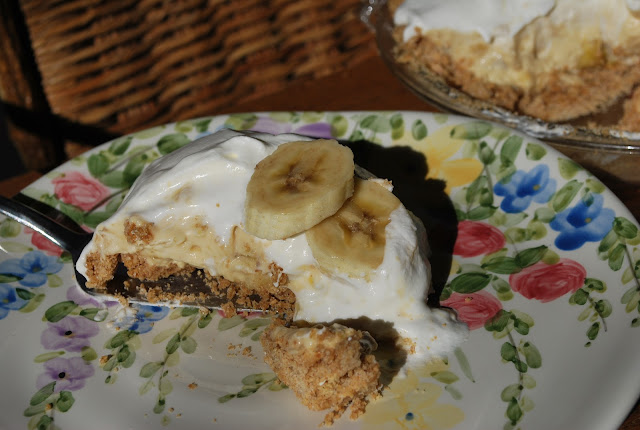 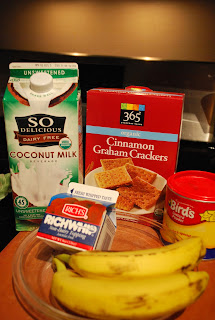 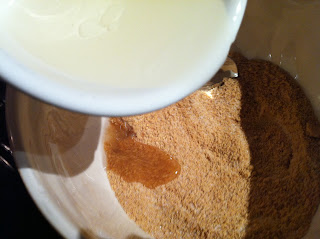 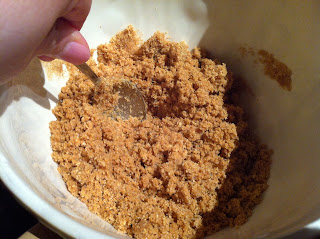 pour the crust mix into a prepared pie pan, evenly press the mix down to make the crust. Set a side 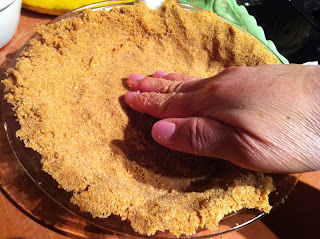 To make the filling
Warm 1 cup of coconut milk in a small sauce pan till hot, but not boiling. 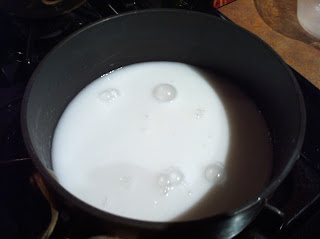 In a separate medium size bowl, mix sugar together 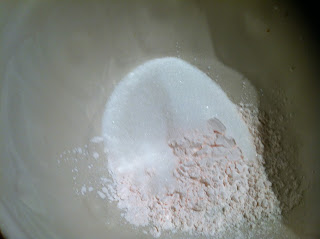 Slowly whisk in the remaining 1/4 cup of coconut milk 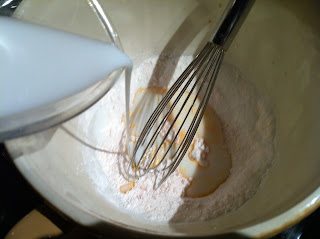 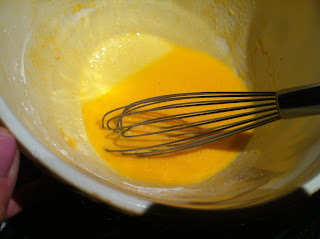 Add the hot coconut milk to the custard mix. 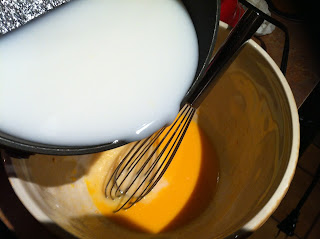 Return the custard mixture to the pan over med low heat 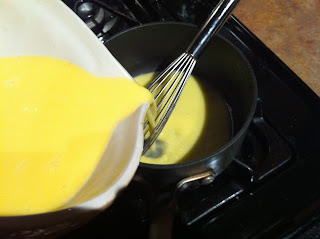 Keep whisking and cook the custard till thickened and coat the whisk or back of a spoon. 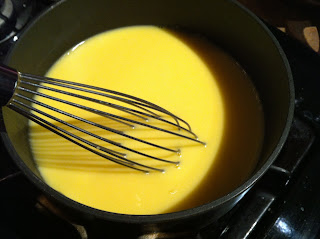 The custard should be pudding like, return the mix back to the bowl again 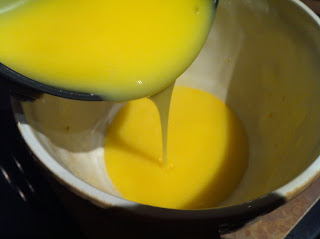 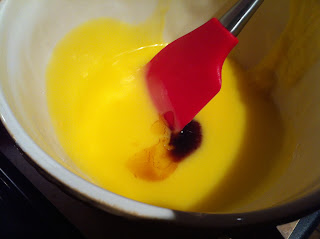 Fold in 1/2 of the banana. Let the mixture cool in the fridge for about 30 min. It would appear to be very thick. 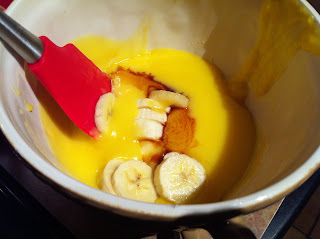 In a med bowl, whip Rich Whip till stiff. 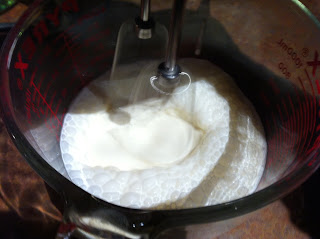 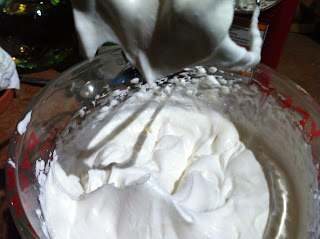 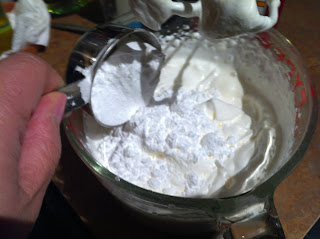 Remove the custard from the fridge, fold in 1 cup of the whipped topping 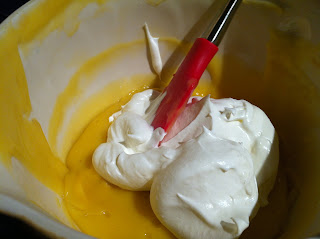 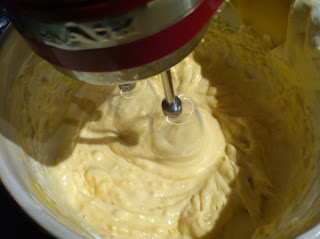 Reserve a few pieces of the banana for garnish, evenly space the remaining banana in the pie crust. 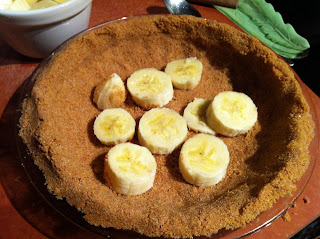 Top with the custard 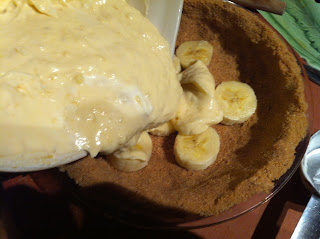 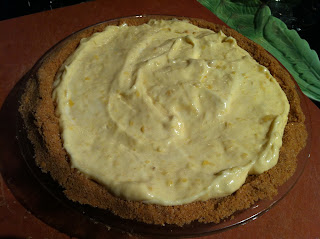 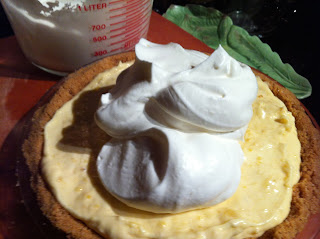 Chill and let the pie set in the fridge for 2 hours till set. Garnish with banana slices

You can substitute Cool Whip or other whipped topping if you do not need the pie to be vegan.